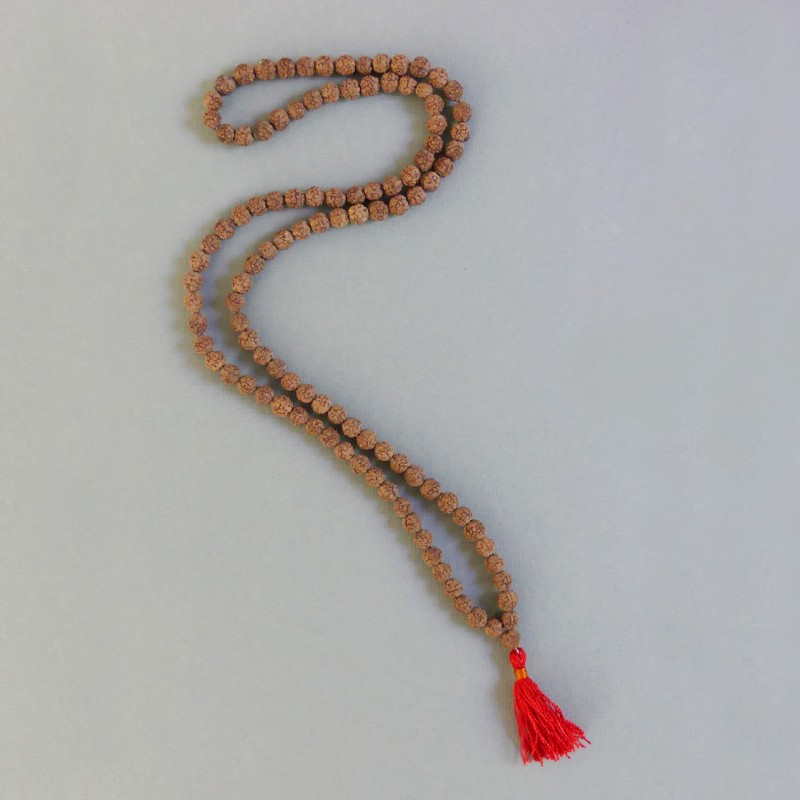 Yanka offers a rudraksha beads necklace with red pom pom. Imported from Nepal, this natural seed necklace can be worn everyday for a casual chic look.

This red rudraksha beads necklace, called mala in Nepal, is used for the recitation of mantras while meditation. This rudraksha seeds mala is traditionally composed of 108 seeds.

This necklace in natural seeds with its red pom pom can be wear every day for a casual chic look.