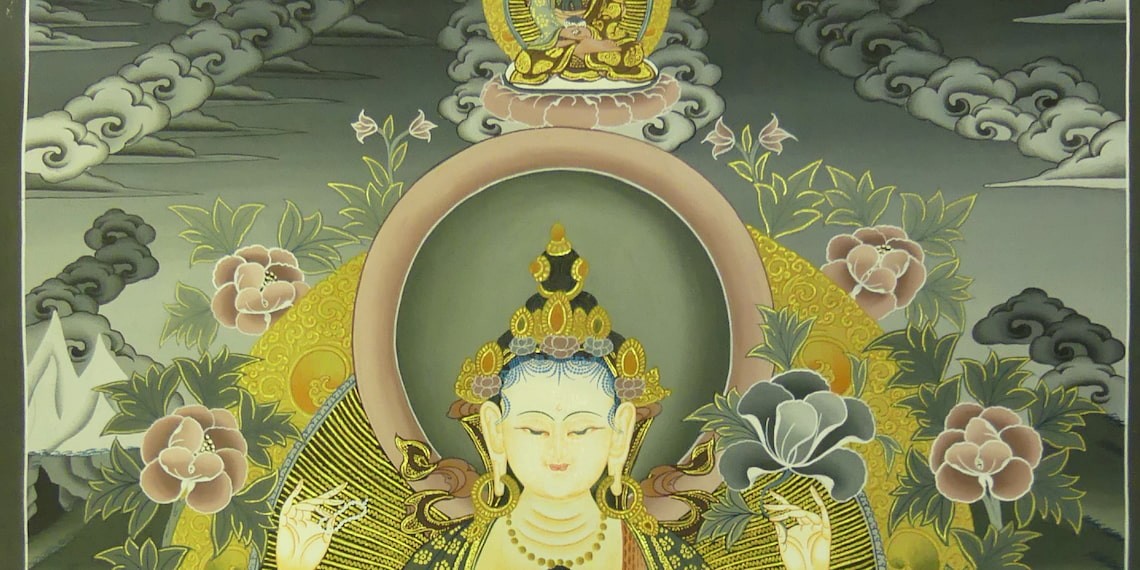 Strolling through the alleyways of Kathmandu, I crossed the Bodhisattva Chenrezig’s path many times. The Bodhisattva Chenrezig in fact quite often portrayed in the Nepalese Thangkas which themselves are displayed innumerably in the windows of Thamel microcosm. But who is he? And what Chenrezig represents in the Buddhist philosophy? That’s what I will try to explain to you in a nutshell.

The origin of the Bodhisattva Chenrezig

Chenrezig means in Tibetan « The One Who Continually Looks Down with the Eyes of Compassion”.

According to Tibetan legend, the Bodhisattva Chenrezig appeared on a small island, in the heart of Lhassa. When he saw human suffering,  he made a vow not to leave this world until everyone would have found peace.

Chenrezig taught human Buddhism to allow them to reach spiritual liberation. However, new human beings never ceased to emerge. Chenrezig eventually gave up to be able to help everyone. He begged Amitabha (one of the five Meditation Buddhas) to allow him to break his vow. Filled with despair, Chenrezig broke into thousands of pieces. Sorry for Chenrezig, Amitabha recreated him by conferring an even higher power. The Bodhisattva Chenrezig has now many heads, thousands of arms and an eye in the palm of each hand. But always intimidated by the task to be performed Chenrezig began to cry. And that is how from one of his tears was born the Goddess Tara. The couple could join forces and thus help all humans to reach freedom. 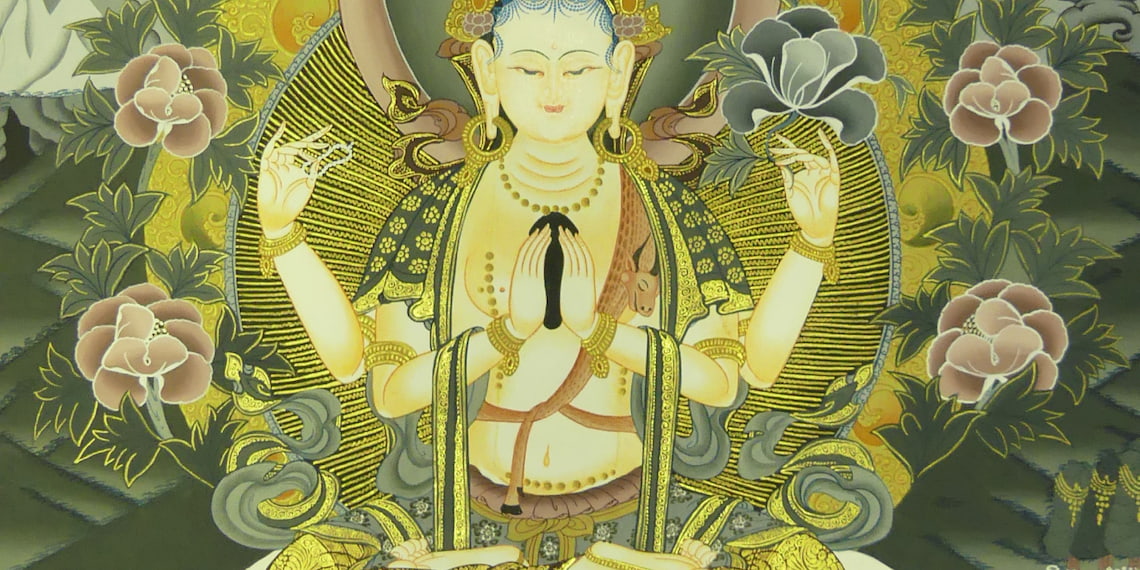 Often depicted with 4 arms in the Tangkas, the Bodhisattva Chenrezig carries in both his central hands a jewel, in the right hand a mala and in the left hand a lotus.

As I wrote in my article on the Thangkas, Buddhist paintings are very codified and each composition delivers a message. In this composition of the Bodhisattva Chenrezig with four arms, we can read that, since the beginning of his apprenticeship, the believer (then identified with a lotus in bud), go through many trials and meditations (symbolized by the mala) but at the end of all this life he’s led following the Buddhism principles, he will receive the ultimate reward: The Samsara’s liberation (cycle of reincarnation) symbolized by the jewel.

Furthermore, the white colour of his body demonstrates that he is completely pure. The fact that he has only one face means that the essence of all these phenomena is of a unique flavour.

The four arms, in turn, relate to four unlimited feelings (love, compassion, joy, equanimity). Both legs crossed in the diamond position, show their willingness to help others is irrepressible. 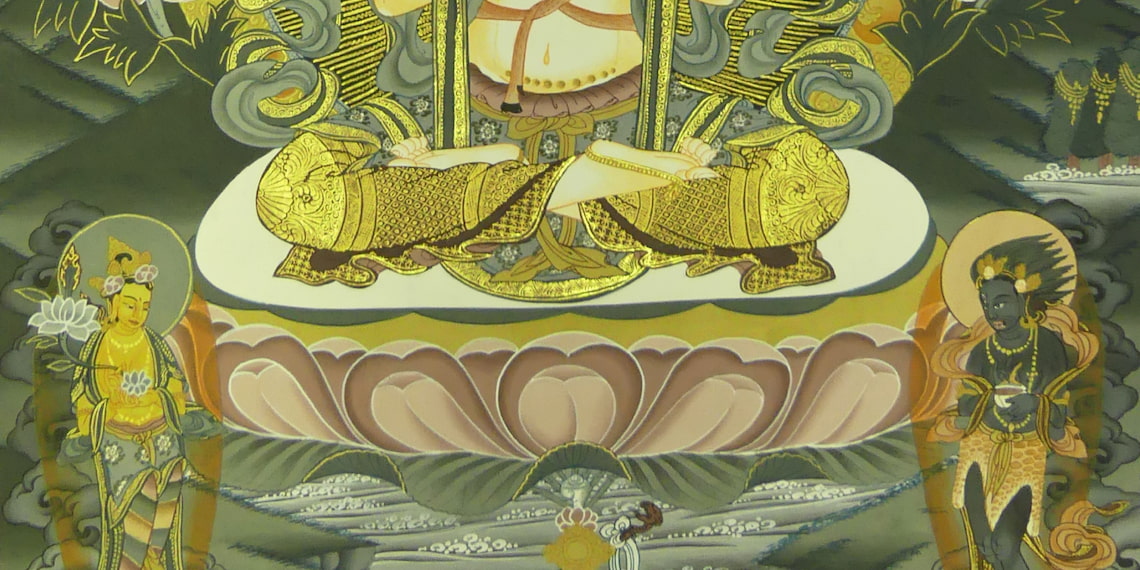